Zagazola - JUST IN: Angry Boko Haram fighters slaughter 33 wives of ISWAP after losing Commander and 15 others in deadly clash

JUST IN: Angry Boko Haram fighters slaughter 33 wives of ISWAP after losing Commander and 15 others in deadly clash 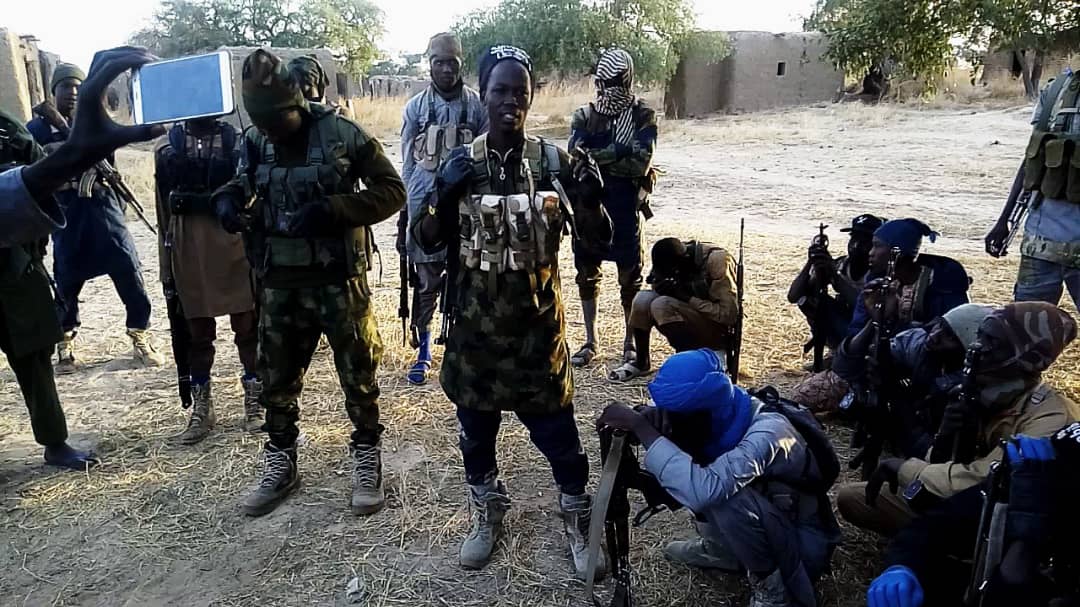 JUST IN: Angry Boko Haram fighters slaughter 33 wives of ISWAP after losing Commander and 15 others in deadly clash

Irate Boko Haram fighters have  killed at least 33 wives of Islamic State of West African Province (ISWAP) fighters in Sambisa to avenge the killing of its  Commander, Malam Aboubakar (Munzir) and 15 other fighters who were neutrialized in a deadly infighting.

Since December 3, a top Boko Haram leader in charge of Mandara Moutain, Ali Ngulde has led hundreds of fighters armed with weapons from Mandara Mountain to wage war against the ISWAP in Sambisa Forest.

The attack began with a failed negotiation initiated by the Jamā'at Ahl as-Sunnah lid-Da'wah wa'l-Jihād (Boko Haram) terrorist group, inviting its rival group the  Islamic State of West African Province (ISWAP), that they are ready to surrender themselves (mubayi’a) to IS/ISWAP leadership.

Zagazola Makama, a Counter Insurgency Expert and Security Analyst in the Lake Chad, learnt that unknown to ISWA group, Ngulde and his team had staged an ambush against them in which at least 12 of them were killed in Yuwe while others escaped with bullets wounds.

In the aftermath of the encounters, Boko Haram members seized  four Hilux trucks mounted with weapons belonging to their rivals and burnt another.

A source said that shortly after the victory, the Boko Haram fighters  mobilised more fighters from Abu Ikilima's camp at  Gaizuwa,  Gabchari, Mantari and Mallum Masari to attack more  ISWAP positions  in Ukuba, Arra and Sabil Huda and Farisu, killing about 23 more fighters.

Few hours later, a top ISWAP leader, Ba'ana Chingori, called for a declaration of war and led a column of  fighters to carry out reprisal attacks on the  Boko Haram in Farisu.

The attack paid off as the ISWAP  neutrialized 15 Boko Haram terrorists including a unit Commander, Malam Aboubakar (Munzir) and seized 7 motorcycles from them.

The ISWAP group later retreated and took position at the camp of  Izzah. Thereafter, they moved to Garin Abbah, located about 2 kilometers where they pinned down to wait for the Boko Haram.

But instead of going to meet the ISWAP rivals to continue the fight, the Boko-Haram elements did a detour and headed to where ISWAP wives are located and killed 33 of them.

It will be seen in the coming days how ISWAP fighters will react to the brutal killing of their wives by the Boko Haram elements.