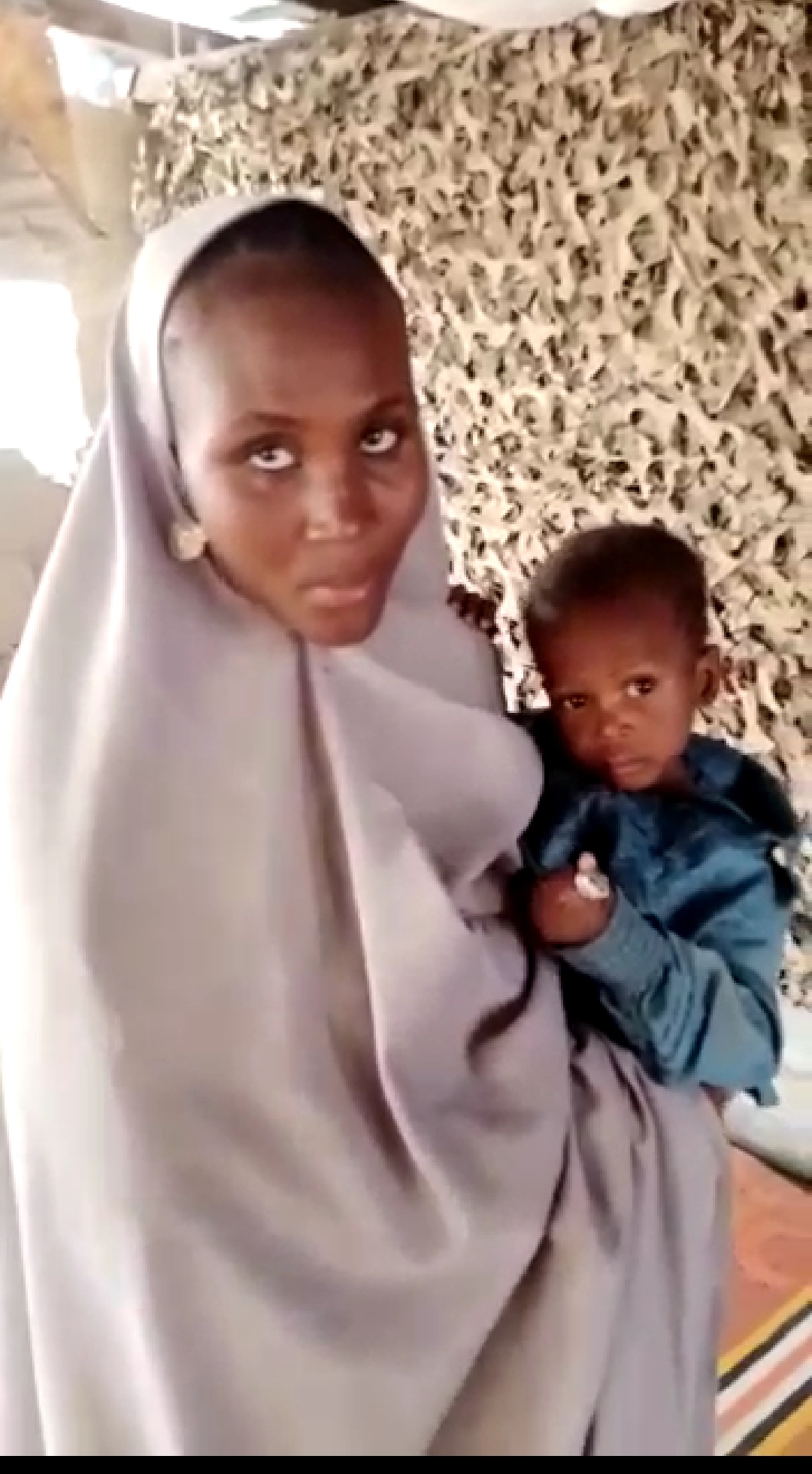 The Nigerian Army have reportedly rescued another girl kidnapped from the Government Girls Secondary School Chibok, Ruth Bitrus   in the North East of Borno, Zagazola Learnt.

An Intelligence Officer, told Zagazola Makama, a Counter Insurgency Expert and Security Analyst in the Lake Chad that Ruth and her son were  rescued by the troops of  21 Army Armoured Brigade Bama on June 29 after she escaped from the Boko Haram enclave in the axis of Bama Local Government Area.

While recounting her ordeal, Ruth said that she escaped from Sambisa forest  eight years after she was kidnapped from her school in Chibok town, Borno, on April 14, 2014, by Boko Haram terrorists.

She said that her husband was killed by a bomb which detonated on him while he was trying to plant it against the troops of Operation Hadin Kai.

She said that other girls were still with their captors in Sambisa Forest.

"It took me three days to escape from the insurgents enclaves. I took some food with me for my child. Some of the Boko Haram saw me while I was coming out but I ran to the bush to avoid being arrested,"she said.

Their voluntarily escaped was as a result of the massive sustained offensives by the troops of Operation Hadin Kai which resulted to hunger and displacement in the terrorists enclaves.

Boko Haram kidnapped 276 female students, aged between 16 and 18 from the Government Girls Secondary School in Chibok, Borno State in April 2014.

Over 100 of the girls were still missing as at April 14, 2021, seven years after the initial kidnapping