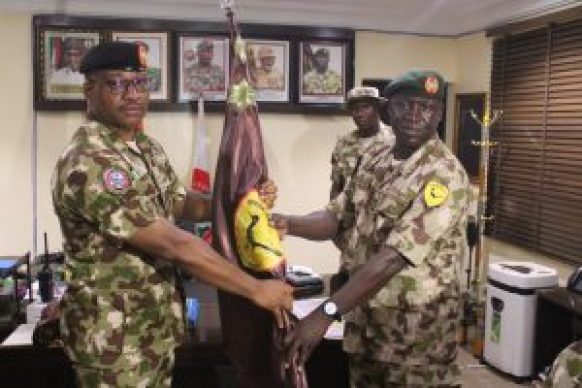 Speaking at the handing and taking over ceremony in Monguno, Abubakar lauded the out-going commander for his performance and successes recorded and promised to continue to build on it.

In his remarks, Mutkut lauded the support and cooperation he enjoyed from the troops and urged them to extend same to his successor in order to sustain the tempo in the fight against insurgency.