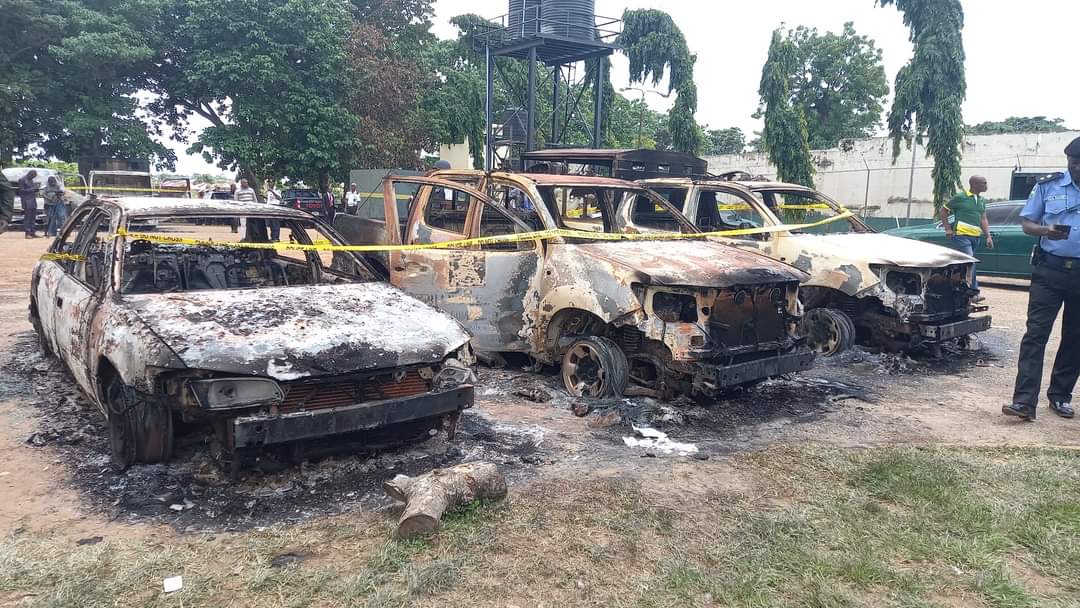 A top security Intelligence has revealed how Abba Kyari was Attacked by the terrorist who threatened him 3 months earlier in Kuje Prison during the Tuesday night Prison break.

They kept shouting his name "Abba Kyari you are dead".

"We will kill you now, they fired over 200 rounds of ammunition and threw two bombs which by GOD'S Grace refused to explode.

"It's GOD that save Abba Kyari today. Had it been those Bombs Exploded Abba Kyari will have been history by now.

"After the 2:45hrs attack the Terrorist left, Abba Kyari and his men had the opportunity to follow the mass crowd that are escaping  after the Terrorist have rescued their members and left.

"But some of them refused to escape and remained in the correctional center with Honorable farouk lawal, Former Governor Jolly Nyame and few others as 90 percent of the Prisoners who are Dangerous terrorist, kidnappers and their kingpins, Armed robbers, IPOB commanders, Boko Haram commanders, many sentenced to dead for murders, those terrorist that Bomb Kuje and Nnyanya in 2015, Boko Haram that kidnapped the Chibok School girls arrested by Abba Kyari and his  team have all escaped in the 2:45hrs operations.