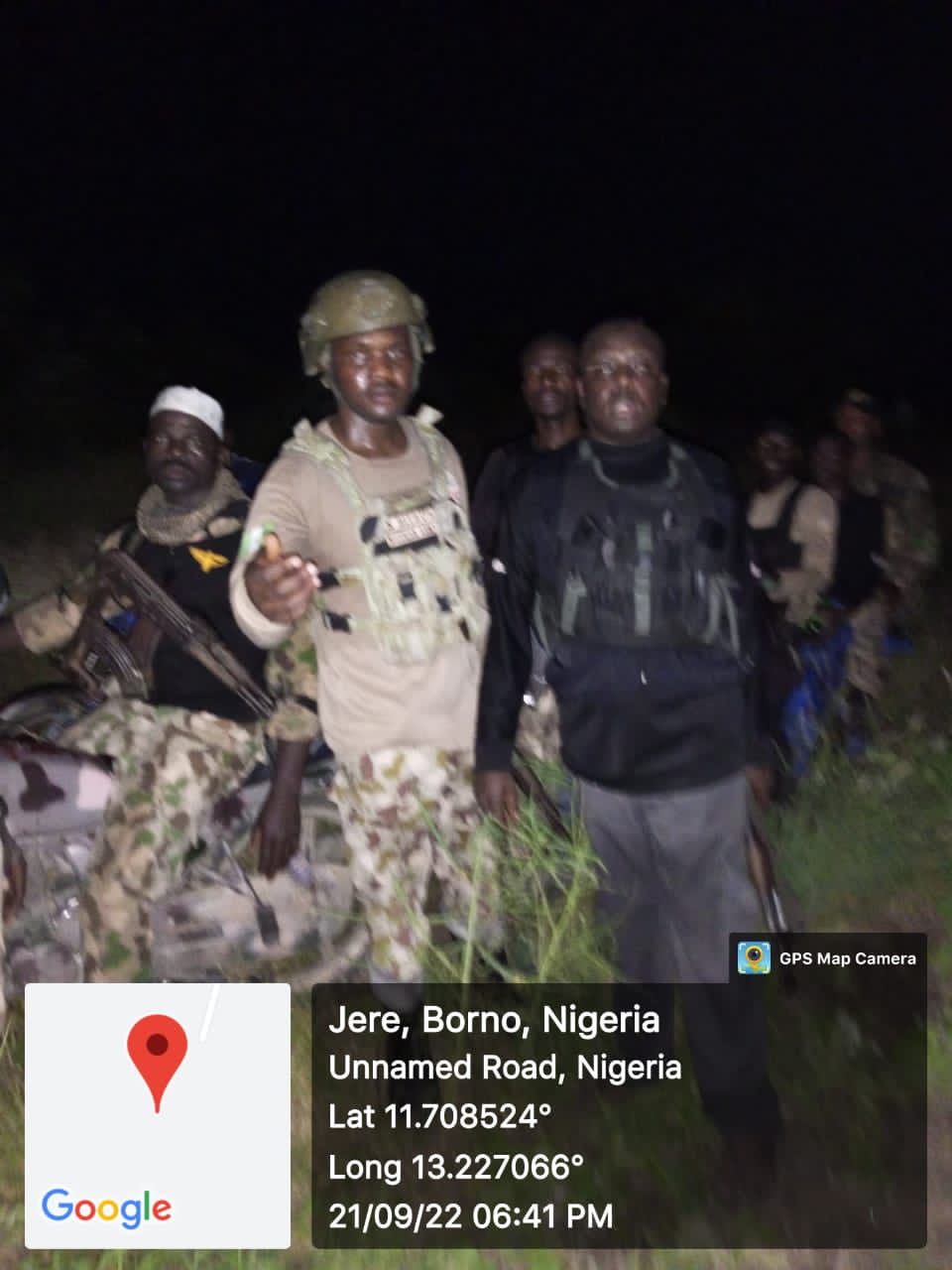 The Troops of Operation Desert Sanity, Operation Hadin Kai, have reportedly ambushed suspected fighters of the Boko Haram, also known as Jamā'at Ahl as-Sunnah lid-Da'wah wa'l-Jihād killing six of them in am ambush.

It was gathered that following credible intelligence, troops  73 Battalion in collaboration with Civilian Joint Task Force conducted a successful  ambush on Tuesday September 21, in Kayamla Village near Maiduguri, the restive capital of Borno State, which resulted in the neutralization of the terrorists.

An Intelligence Officer, Told Zagazola Makama, A Security Analyst and Counter Insurgency Expert in the Lake Chad that the marauding terrorists were those escaping from massive military onslought in Boko Haram enclaves.

The sources said that they usually come to the areas to terrorised farmers and sometimes kidnap  for ransom.

He said the troops had intensified its offensives against the terrorists, their collaborators and logistic

The Theatre Commander Joint Task Force (JTF) North East OPHK, Maj Gen Christopher  Musa has Charged troops of Operation Hadin Kai to stand up to their responsibility as defenders of the country by neutralising every terrorist in the North East without mercy.