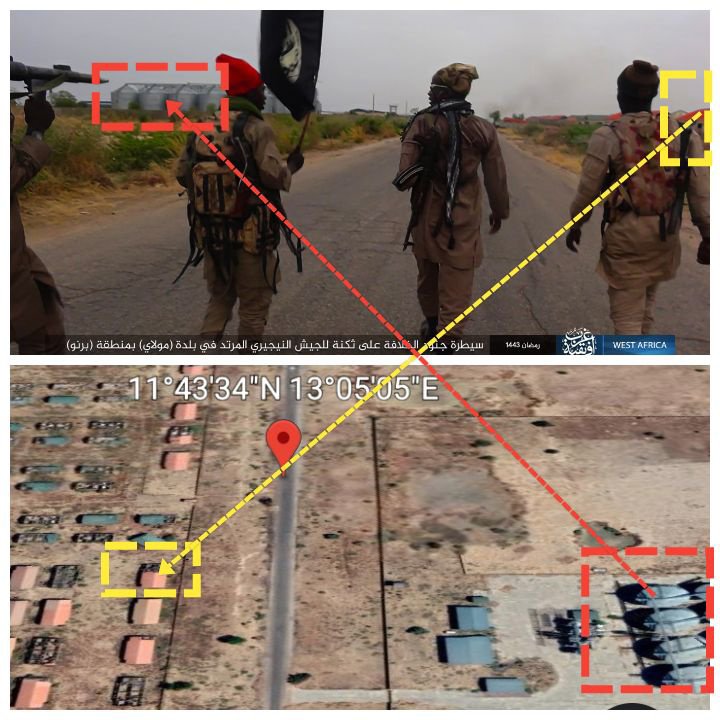 From the attacks witnessed last night targeting four locations, kornari village, about 3 kilometres to Burutai in Biu, Banki in Bama, Gaidam and Wulgo in Ng heala across the Northeast, it is discernible that ISWAP intensified attacks to portray a degraded security situation within the north east. It is also an attempt to frustrate the ongoing massive general clearance operations by by the troops of Operation Hadin Kai across the NE Theartre which is having much impact on their operations.

Therefore, the escalation represents a clear threat in these locations of attacks as witnessed last night with other possible locations subsequently.

Inside sources disclosed that ISWAP were told to suspend fasting for 3 days to gather much energy. They now conduct Friday prayers at 8.30am in the mornings, believing that if they die within this last 10 days, it's going to be straight to paradise.

More also, the numerous reports of suspected terrorists' movements across North East underline the persistent risk of an expected spike in violence during the remaining period of Ramadan.

Furthermore, it cannot be overruled that the Islamic States spokesman, Abu Umar al-Muhajir's reported directive for massive attacks around the world could be related to the change in the sparks of the recent context of the armed conflict which is in retaliation for the assassination of it's leader and his speaker.

As such this could attract more attacks in the North East and other targeted locations outside the north to showcase their power of influence.

On a general note the country is taking a new security threat dimension, despite the concerted effort and safety and security measures by the government forces.

The trend of events is reminding us all that no one is safe irrespective of the location or state where we are currently working, hence the need for caution and review of security plan especially during this ramadan period.

Organizations working withing the locations of elevated threat are advised to carefully monitor these latest advances given the current impact of a drastic security deterioration in the area.

Zagazola Makama, is a Security Analyst and a Counter Insurgency Expert in the Northeast