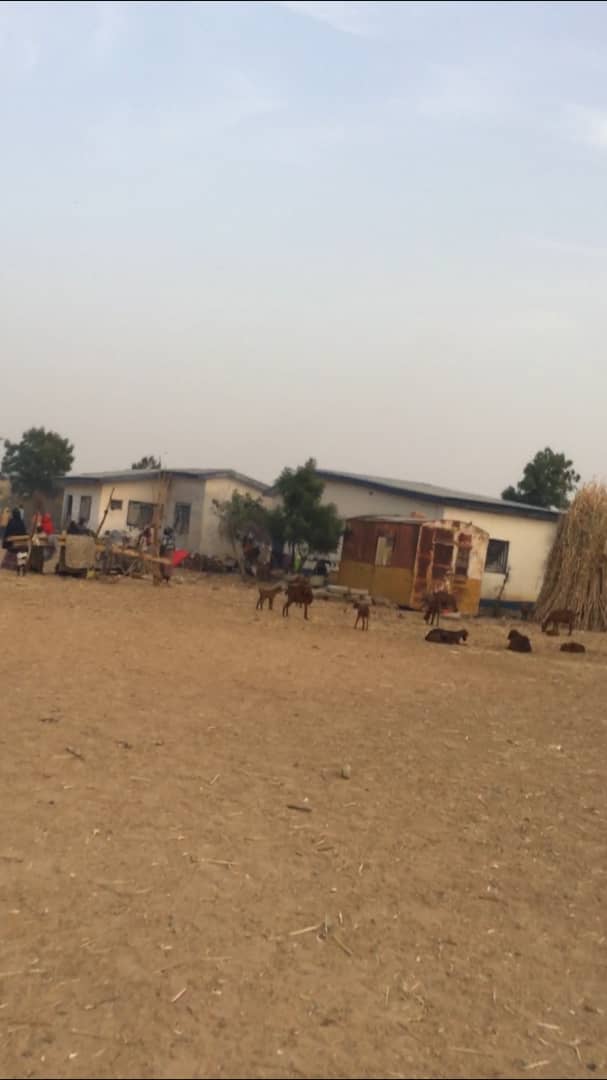 Kwata, a small farming settlement in Zurmi local government area of Zamfara state in Northwest Nigeria is one of the several farming communities sacked by bandits in recent years.

The bandits in series of coordinated attacks sacked communities with impunity, forcing peasant farmers to abandoned their homes and farmlands.

As the wet season sets in, thousands of farmers could not cultivate their farmlands for fear of attacks by the merciless bandits who killed, maimed, kidnapped and raped women in the troubled areas of Zamfara, Sokoto, Kebbi, Katsina, Kaduna and Niger State in central Nigeria.

The large scale displacement of farmers across the region portends potential threats to food security and expose the most populous country in African continent to possible food shortage, hunger and starvation.

Apart from incessant attacks on farmers, the bandits demanded farmers in Kwata village to pay N1.2 million levy equivalent to about $2,500 US dollars, to allow them to access and cultivate their farmlands.

Farmers who broke the laws were trapped by the armed bandits, especially when they attempt to work on their farms, leaving their farmlands uncultivated.

Subsequently, the farmers resumed cultivating their farmlands to produce cereal crops as the only means of livelihood.

However, the bandits reneged on the agreement to allow the farmers work on their farms after payment made to the terrorist group.

Rabiu Musa, a farmer, said we paid N1.2m yet the bandits prevented us from access our farms to cultivate crops.

He said the bandits set animals to graze on the farmlands, and destroyed potato, beans and maize plantations.

Another farmer, Saidu Samaila, who hailed from Gidan Dodo village, said the bandits banned farmers from working in the farmlands after collecting N6 million equivalent to $7,000 US dollars from the farmers.

He said the farmers tasked every households in the community to contribute certain amount of money to enable them pay the levy imposed on them by the bandits.

"I and other farmers fled the village after bandits' attack and took refuge at Kaura Namoda town in the last three months.

"The bandits set three vehicles and nine silos ablaze, my wife and children are staying with relatives in another town. My village is now deserted.

"Presently, I scavenge for leftover produce in the nearby farms to survive," he said.

Narrating her ordeals in the hands of the bandits who abducted during one of the attack on the community, a widow, simply identified as Maryama, said the bandits invaded her village around 4:00 a.m. (GMT).

She said the attackers who engaged in sporadic shooting, gun down anyone on their sight except women.

She alleged that the bandits killed over 50 people mostly adult and male child.

"Women loss their love ones and left to raise children of the deceased, killed by the terrorists.

"Three months after, the bandits launched fresh attack on the village killed two persons 2, injured one and abducted 14 others including myself.

"I stayed for 15 days at the kidnappers den alongside Asiya, Halima and 12 others.

"We stayed with little or nothing to eat day and night.

"I eventually regained freedom after the community members who survived the attacks paid a ransom of N7.2 million equivalent to over $7,000 dollars demanded by the terrorists," she said.

Also, Mariya Aliyu, Aina'u Ali Ja'afar and Haulatu Isa, who lost their husbands in the attacks, said they now fend for the children orphaned by the bandits.

"I am now staying in Kaura Namoda with my kids , we hardly had one meal a day.

"I fled for my life without taking my personal belongings from my home. I have nowhere to go or what to eat," she said tearfully.

Jafa’ar and Isa, who shared similar experiences with Aliyu, said they now engaged in street begging to feed their children.

They urged the government at the federal and state level to assist them with food and shelter as well as secure the region to enable them to return to their ancestral homes.

On June 6, The Nigerian Red Cross Society has raised an alarm over food insecurity in the North West and North Central in Nigeria, saying "The situation is critical and is one that needs immediate attention.

"A good number of them are now in a situation where they do not know where their next meal will come from, and this is something that concerns us greatly.”

"The current situation is making the Nigerian Red Cross Society to take action to fight hunger in North-West and North-Central Nigeria where United Nations Food and Agriculture Organisation (UNFAO) has estimated that about 19.4 million people will be facing acute hunger between June and August 2022," said Bolade in the statement. End.

Zagazola Makama is a Security Analyst and a Counter Insurgency Expert in the Lake Chad.