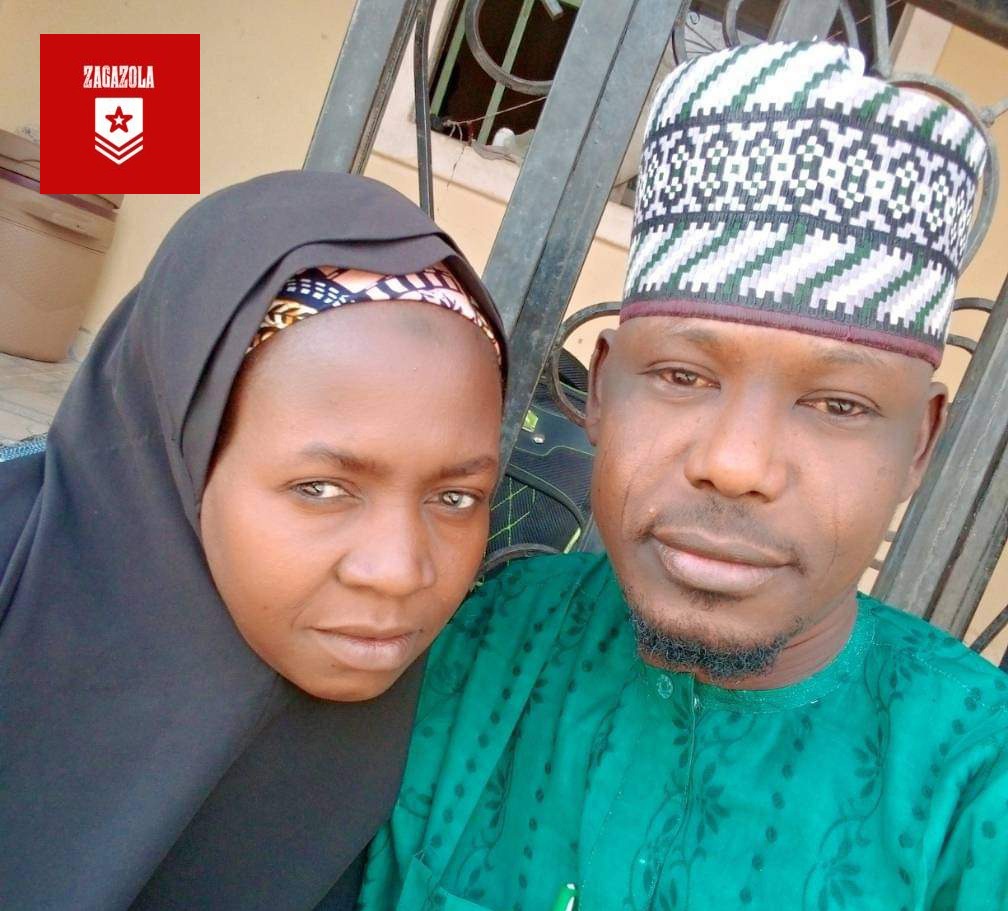 Shetu Sangayama was 30 years old and suckling her fought child when Boko Haram terrorists abducted her and her four children.

Her family did not hear from them until eight years later when she was rescued by the Nigerian military during an operation in Sambisa Forest.

Shetu's husband had lived a life of trauma for every single day of the eight years that his beloved family had disappeared into unknown captivity.

Shetu and her four children, including a four months old baby, were abducted when Boko Haram terrorists invaded her home town in Bama town in 2014. The terrorists reportedly butchered some of her relatives and set their home ablaze before matching them into a life of captivity that would later last for eight years.

Their misery began when a criminal gang Boko Haram, then officially known as Jamā'at Ahl as-Sunnah lid-Da'wah wa'l-Jihād stormed Bama town on the night of September 2014, and declared the territory an Islamic caliphate.

Hundreds of men were killed while women and children were abducted by the terrorists, forcing them to become Terrorists.

The extremists kidnapped girls and used them for many things, including as sex slaves and suicide bombers while the young boys were trained to become combatant child soldiers, spies, scouts, cooks, and bodyguards for the sect.

Shetu and her four children, as well as other abductees', arrived at a camp called Ukuba in Sambisa forest, Shetu was immediately separated from her three children, leaving her with the four-month-old child. She was told that if she escaped the four children will be killed.

She was later forcefully married to a Boko Haram terrorist, who held her hostage and enslaved her for 8 years.

Shetu was recently rescued along with 900 other women and Children in May 2022, during a clearance Operations in Sambisa forest by the troops of the 402 Special Forces Brigade, comprising 134, 198 and 199 Special Forces Battalions, under Operation Hadin Kai's second phase of Desert Sanity.

The Families of Shetu recognised her after Zagazola Makama published the story of her rescue on his Twitter handle and reunited her with her husband.

Mr Bamai Sangayama, the Husband of Shetu thanked God for wiping away his tears after 8-years of what he described as "psychological captivity".

Sangayama said that Shetu was abducted with her 4 children comprising 3 females and 1 male but only came out with one of them while the rest of his children were still trapped in the enclaves of the terrorists.

He said that his wife was currently admitted to the Umaru Shehu Specialist Hospital where she was undergoing treatment.

Mr Sangayama lauded the military for rescuing his wife and other women in the captivity of the terrorist captivity that his three other children would be rescued some days.

The plight of these women, who survived almost unimaginable horrors in years of captivity, is one of the many tragic but least-known footnotes in the story of the Boko Haram/ISWAP in the North East of Borno state within the past ten years.