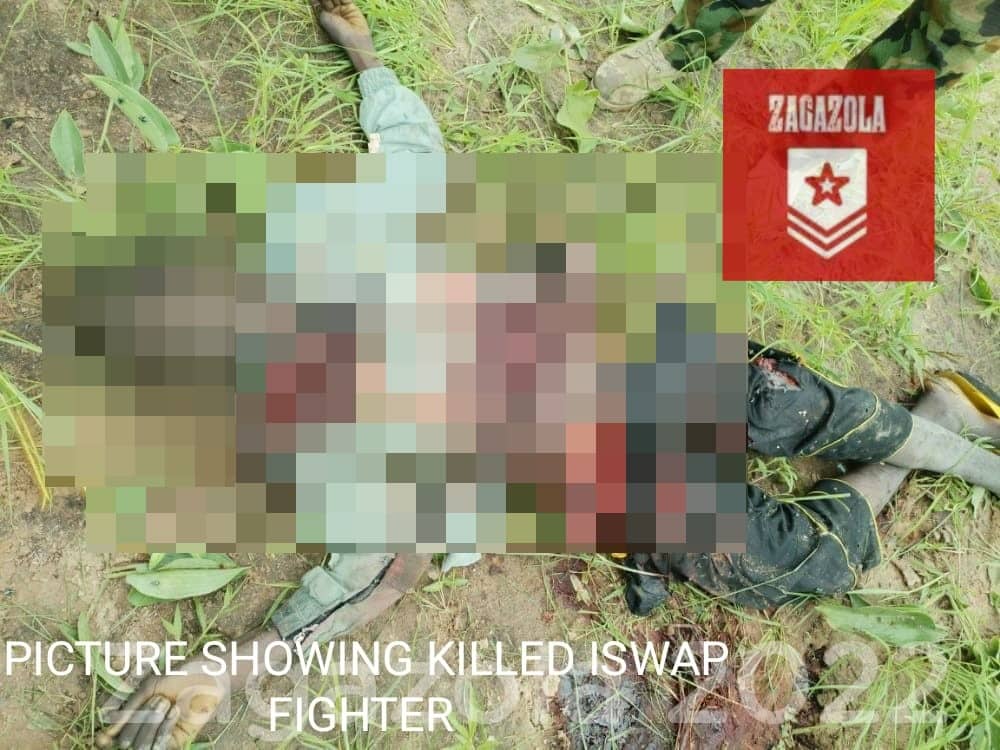 The troops of 25 Brigade Operation Hadin Kai on Sunday  obliterated Modu Tafjid a top Improvised Explosive(IED), Specialist of the Islamic State of West African (ISWAP), and three other terrorists in an ambush attack in the North East of  Borno state.

It was gathered that the troops in conjunction with the Civilians Joint Task Force killed insurgents  when they repelled an ambush Staged  by the ISWAP in Kumala village along Maiduguri-Damboa Road.

A top Intelligence sources told Zagazola Makama, a Counter Terrorism Expert and Security Analyst in the LakeChad, that the terrorists detonated an Explosive in one of the patrol vehicles of the the troops which was followed by heavy gun firing.

The sources said that Modu Tafjid an Improvised Explosive(IED), Specialist who led the ambush and three others were killed in the aftermath of the fight while several others terrorists escaped with bullet wounds.

He explained  that additional reinforcement were quickly mobilised to the scene from Damboa while the Nigeria Airforce Sky Hawk provided Air Cover and guided the troops who further exploited the ambush site.

He said that one soldier and two members of the Civilian Joint Task Force that were wounded in action, were immediately evacuated to Damboa for treatment.

The sources added that equipments recovered in the aftermath of the fight  included riffles, magazines, RPG TUBE 1, 36 hand grenade, IEDs making materials, 21 detonators Cord, 21 detonators and fuse among other items.