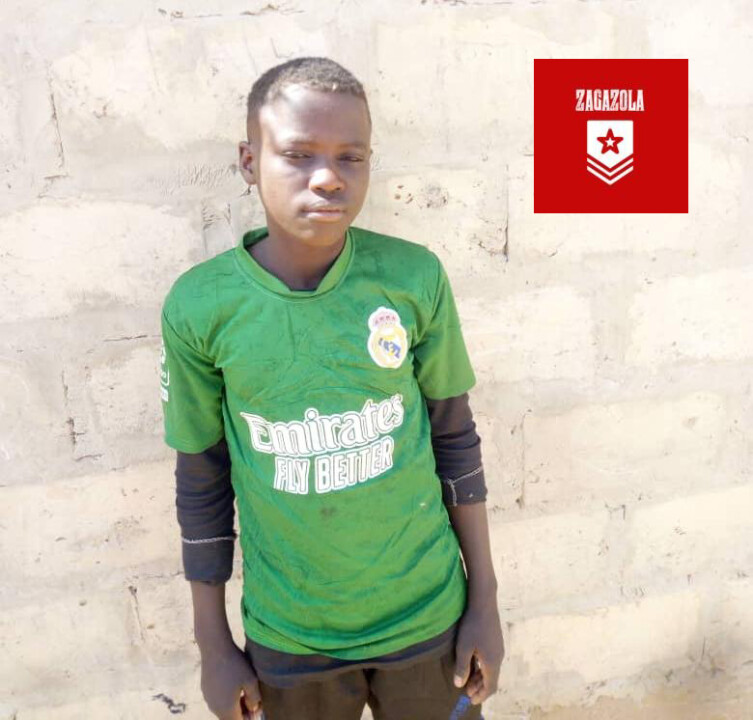 The current situation in North-East Nigeria is that a lot of terrorists, especially the Abubakar Shekau faction of Boko Haram have been surrendering themselves to Nigerian troops while scores of ISWAP Commanders and fighters are running into the neighboring Niger Republic and some axis of Cameroun where they seek safe havens.

This is as a result of massive counterinsurgency offensives launched simultaneously by troops of the Nigerian military under the auspices of Operation Desert Sanity and the Multi-National Joint Task Force (MNJTF), comprising troops from Nigeria, Niger Republic and Chad.

Among the ISWAP elements that absconded into hideouts in Niger Republic is a terror-prodigy named Umar Sani, a 14-year old member of the ISWAP terror group. Umar is from Doron Baga, Kukawa Local Government of Borno State.

He was said to have been taken to his grandmother at the age of 3 and upon her demise was taken to his grandfather who promptly sent him out along with 4 other kids to study Qura’an under a teacher, Mallam Yahuza, in Gelliman, south of Tumbun Gini; it was from there that he joined the Boko Haram terrorist group. The kid-terrorist was said to be among the best students and at the age of 7 he became a ferocious foot-soldier of the group. He was once in charge of the group’s camps (Tumbus), farms, hospitals, prisons and a number of detainees.

Zagazola understood that in the heat of troops’ unrelenting bombardments, Umar along with scores of senior terrorists escaped from Lake Chad to their current hiding places.  Umar’s story underscores the ugly reality of massive conscription of children as foot soldiers by Boko Haram/ISWAP terrorists.

It is a pointer to how Boko Haram are adept at coercing children into joining terrorism with the attendant violation of the rights of the children. In fact, a video surfaced recently in which some children were being trained by terrorists on combat operations, weapon handling and other terrorist activities.

Meanwhile, at the Sambisa forest, troops on combing patrol have discovered a lot human hairs bagged in nylon paper in a number camps they raided.

Zagazola confirmed that some of the disillusioned fighters scrapped their hairs in order to look normal so as to dissolve into the communities. It is therefore very important that people around Damask, Mungono, Abadam, some parts of Niger Republic, especially Geigimi and Tummour should be on the lookout for an expected massive migration of terrorists.