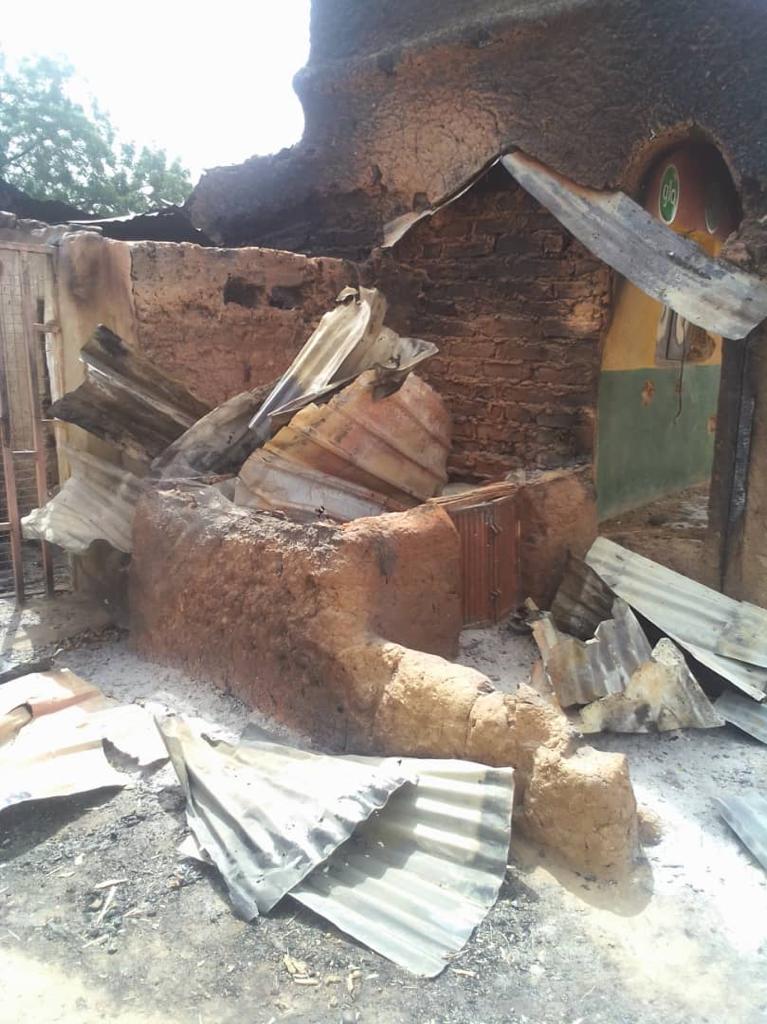 Tofa, a farming community few kilometres away from Gusau, the Zamfara State capital, North West Nigeria, is fast turning into a ghost town.

The inhabitants like other villagers across communities in the North West and North Central regions of Nigeria have been sacked and reduced to rubles by the marauding bandits who killed, maimed, ravaged towns, abduct residents, raped women, rustled cattle and destroyed farm produce.

A whole farming community in Tofa are now displaced from their ancestral home and took refuge at Jangebe community in the outskirt of Gusau, the state capital.

The village is prone to attack following the inability of the government and military authorities to deploy security personnel to protect the inhabitants from ceaseless terror acts coordinated by the bandits.

Speaking from their makeshift shelter, Malam Aliyu, the deputy cleric of the community, recounted how the dozens of bandits the community killed and abducted most of the inhabitants.

Aliyu, who was leaving separately from his family, said the bandits invaded the village sequel to inability of the farmers to pay N1 million equivalent to $2,000 dollars fine imposed on the community by the terror group.

He said the villagers filed a formal complaint to the government and military authorities on the threat to invade the community by the bandits, and requested for deployment of security personnel to protect.

He, however, said that nothing was done by the authorities, a situation which gave the bandits upper hands to invade and sacked the community.

"We wrote a letter to the Commissioner for Security and Internal Affairs. Mamman Bawa Tsafe.

"The letter written in local dialect (Hausa Language) did not see the light of the day. The authorities failed to act several months after the letter was submitted.

"The Commissioner responded two after and wrote to the Police Command and the military requesting deployment of security personnel to the community, the two security agencies were yet to do the needful.

"Our refusal to pay one million Naira about $2,000 dollars stem from the fact that we don't the financial capacity to get the money.

"Members of the community tasked ourselves, contributed monies and paid to the bandits.

"It is annoying to say that the bandits destroyed our farm produce, carted away our livestock, we can no longer cultivated our farmlands for fear of being attack, killed or abducted by the bandits.

"The bandits' attack destroyed our source of livelihood, we are in poverty, so how do we source for the monies the bandits asked the poor farmers to pay," he said.

To make matters worse, Aliyu said that travellers plying inter-state roads accused the villagers of collaborating with bandits or serving as informants to the bandits.

The bandits' attacks, he said, coupled with serious neglect by the authorities and growing accusations by the travellers forced the villagers to fled their homes for safety.

Another displaced woman, Aisha Abubakar, said the bandits stole away her farm produce.

Abubakar fled to Gusau to protect her children and other members of her family from bandits' attack.

Mr Lawal, a health worker in the village, relocated to the Internally Displaced Persons (IDPs) camp in Gusau, after narrowly escaping abduction attempt when the bandits sacked the community.

While Mr Emeka and one other victim were freed after payment of ransom to the gangs, which was ran to millions.

Also, Alhaji Isah Tofa, a community leader, regained his freedom from captivity after payment of two million Naira equivalent to about $2,000 (ransom) to the bandits.

He said the bandits abducted him due to open criticism of their nefarious activities, adding that he fled the village after the bandits threatened to kill him.

"The bandits shot at me and a bullet brushed my forehead. I was treated at the Magami General Hospital for gun wound.

"Members of the community wrote a letter to the Commissioner for Security and Internal Affairs, to deploy security personnel to the area, but it is yet to see the grace of the state authorities seven months after the incident.

"It is disheartening that the authorities are yet to do something, this led the villagers to abandoned the community," he said.

The villagers advocated proactive kinetic and non kinetic measures to end banditry as well as sound humanitarian programmes to promote dialogue, peace building and resettlement of the displaced communities.

Recalled that banditry in Nigeria’s Northwest has become major theatre of violence, much like the Northeast where Boko Haram terrorists have wreaked havoc in the past ten years.

Since 2011, nearly 250,000 people have fled bandit violence and remain internally displaced within the northwest region, about 5,000 persons were abducted while morethan 100,000 Nigerians have fled to take refuge in neighboring countries.

Zagazola Makama is a Counter Insurgency Expert and Security Analyst in the Lake Chad.