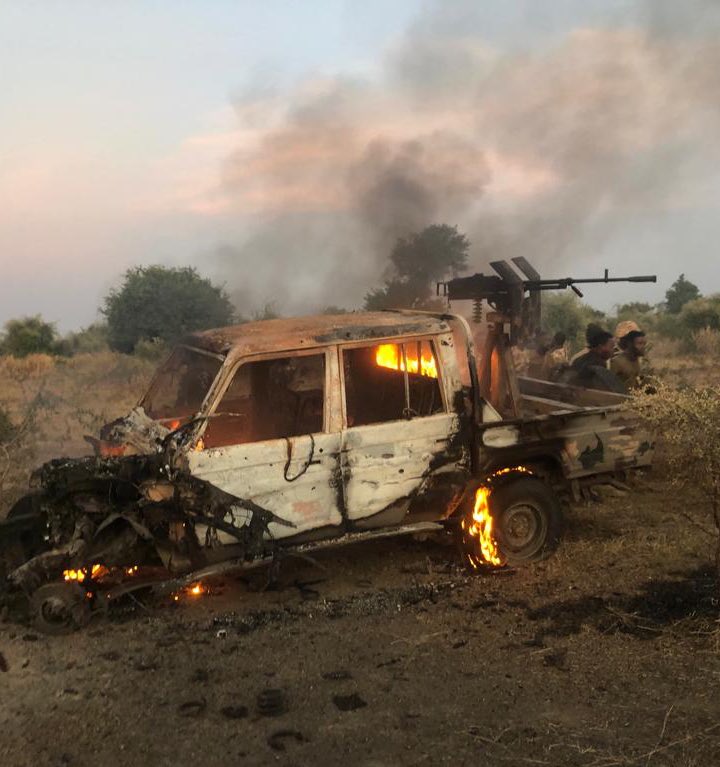 Many Islamic State of the West African Province(ISWAP) terrorists have been eliminated by troops of 25 Task Brigade, Operation Hadin Kai in Damboa area, Borno.

The terrorists who had launched a failed attack some hours after pledging their allegiance to the new ISIS "caliph" Abu al-Hussein al-Husseini al-Qurashi, met their Waterloo in the hands of the Nigerian troops.

It was gathered that unspecified numbers of the terrorists attacked Wajiroko town in two phantom MRAPs and six Hilux trucks mounted with Anti Aircraft Guns.

An Intelligence source told Zagazola Makama, Counter-Insurgency Expert and Security Analyst in Lake Chad, that their attack proceeded multiple mortar bombs they fired from Gubub axis of the town.

The resilient troops however stood their grounds and engaged the terrorists in a heavy gun battle which lasted for about 40 minutes.

The terrorists were eventually forced to flee the scene after suffering some fatalities.

Unknown to the fleeing terrorists, a reinforcement of troops from Sabon Gari and Damboa led by  Brig Gen BO Omopariola, the Brigade Commander  25 Brigade, had already staged an ambush against in their escaped route.

The ambush paid off as the troops neutrialized scores of the terrorists and destroyed two gun trucks conveying many fighters.