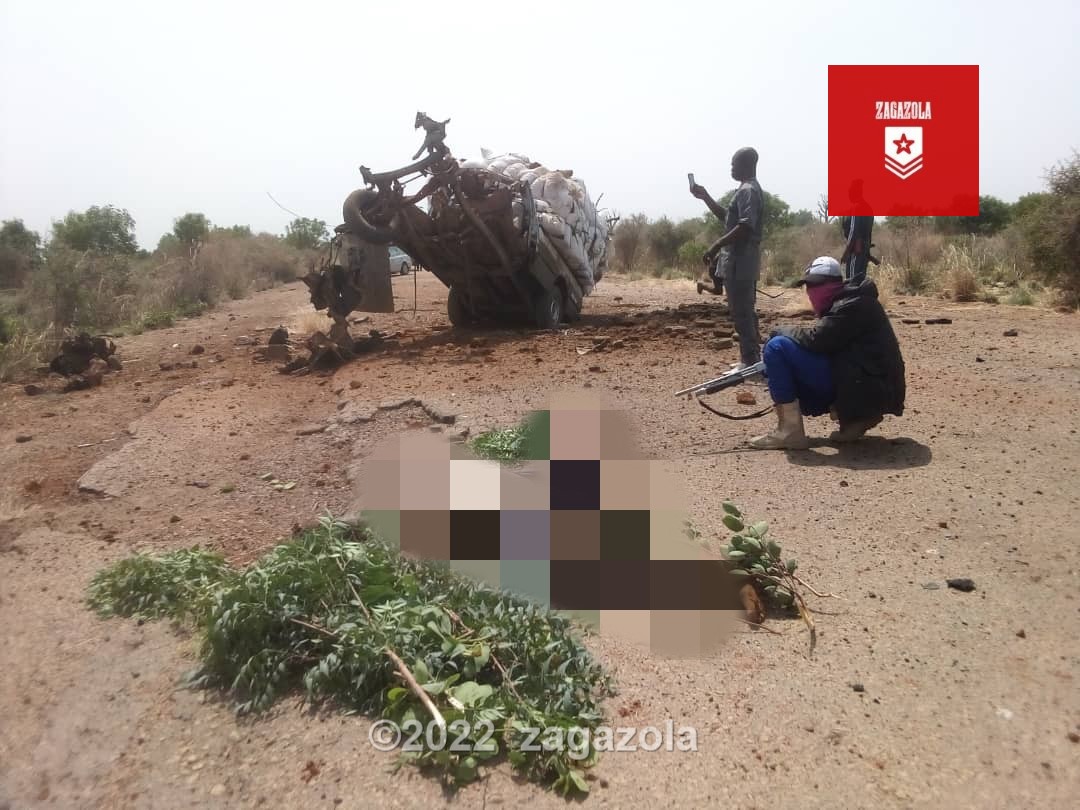 Recent events around Lake Chad in Nigeria's volatile northeast region indicate that the ISWAP terrorists have been resorting to desperate but extreme measures to fight back against the crushing intrusion of their enclaves by the Nigerian Military.

To push back the troops and halt their unbridled burying of improvised explosive devices all over and around paths and highways leading to their cells. But the unbridled planting of the bombs especially on the highway is causing more threats to the lives of civilians.

These landmines had in the past days and weeks claimed the lives of innocent civilians - mostly women children in Borno state, Northeast Nigeria.

On March 3, this year, an IED buried along the Maiduguri-Damboa highway,  Nigeria's North-East state of Borno, killed at least six civilians and injured many, including women and children.

The IEDs, mostly locally made bombs, account for more than half of the fatalities recorded in the ongoing counter-insurgency campaign in the Northeast.

On Feb 12, 2022, Soldiers from the 134 Special Forces Battalion 7 Division Garrison Maiduguri were escorting some commuters when their vehicle stepped on the IED planted along the route Delwa – Bulabulin, Damboa Local Government Area. No fatality was recorded during the incident but 7 soldiers sustained injuries.

The insurgents have now fully resorted to the use of IEDs. This is a result of increased and sustained pressure by the ongoing joint efforts of the Nigerian Army, Air Task Force, Operation Hadin Kai with support of the combined troops of the Multination Joint Task Force (MNJTF), Niger and Cameroon in the ongoing Operation Sahel and Desert Sanity on the shores of the Sambisa Forest and the LakeChad.

The Boko Haram/ISWAP unconventional bombs have proven more likely to kill or maim civilians than the coalition forces. The locally-made bombs, commonly called improvised explosive devices(IEDs), are indiscriminate killers accounting for more than half of the fatalities recorded in the ongoing counter-insurgency campaign in the Northeast.

The Theater Commander, Operation Hadin Kai, Maj.-Gen. Christopher Musa had recently identified the detection and diffusing of IEDs as a major challenge in the fight against insurgency in the region.

He insisted that "troops must scan areas where it is conducting patrols before going for any operation, and scan again while returning."

General Musa said that the troops had recorded about 81 IEDs and bombs attacks by Boko Haram/ISWAP in different parts of the state including Maiduguri, Damboa, Biu, Bama, Banki, Gwoza, Buni Yadi, Malam Fatori and  Kukawa, which has resulted in fatalities in both troops and innocent civilians plying the roads.

Despite the influx of additional troops and additional counter-IED resources, military leaders acknowledged that "this is no simple task".

While many of the devices are relatively crude, the networks of people responsible for creating IEDs in Northeast  state are complex.

A major challenge in this effort remains the bad state of roads across the North East which in many cases hampered the movement of troops  as insurgents are taking this advantage to plant IEDs.

In the 185 kilometres, km Maiduguri – Damboa – Biu road, for example, troops reportedly destroyed over 20 roadside bombs, while advancing into Sambisa forest in March 2022.

An Operational journey that should take the troops  20 minutes may be delayed for 3 hours because they must  scan for IEDs and scanned again when returning from the operation.

What the above incidents point to is that, just as law-enforcement and counter-terrorism agencies are employing the use of technology to detect and counter IEDs, insurgents are studying the weaknesses of these technologies to refined practices and develop new methods that retain the lethality of the IED.

One basic challenges for the Nigerian Military in the frontline was the lack of mordern  IED detection technologies and protective  to curtail the threat of those contraptions. They mostly relied on the hand held prodder to scanned all through.

In March 2022, the military announced that its lost one, Lence Corporal Suleiman Ibrahim, attached to Operation Hadin Kai, while inspecting a suspected IED sites with a hand made prodder along Maiduguri- Damboa. It was clear that Suleiman was not wearing any protective gears while investigating the site.

To mitigate the risk, the Nigerian military must invest and improve on its  IED detection Technology as well as equipped it's EOD units with the use of  varying combination of detecting metals and sensing equipment.

Terrorists have continued to perfect means of improvising components used to make explosives and ways of camouflaging their detection. Several of these terrorist concept of improvised explosives have been seen across the North East theatre by EOD teams and such capabilities to their newest forms must be abreast to units/formations across the theatre in the North East.

Firstly, one major and known component of IED making is potassium nitrate or NPK. The Federal Government of Nigeria,  through respective spy agencies has over time monitored the delivery of this component to various stakeholders and has reduced its access to a terrorist group(s).

However, reports shows that terrorists use urine since it can be used as a fertilizer.  Historically, fermented urine (known as lant) was also used for gunpowder production.  As such within terrorists’ enclaves urinating areas are designated to gather some amount large quantities to produce NPK.

Secondly, previous use of Gas Cylinders to make Improvised Explosive Device's has been to an extent curtailed. Sales to suspicious persons are being monitored from delivery to consumption and from suppliers to consumers. Hence, this should be sustained because of the lax time and the level of expertise terrorist organisations have obtained in making explosive materials. Mostly it is commonly used in VBIED attacks. Terrorist elements could resort to such in time.

Thirdly, plastic components are now introduced and are probably the most common rampant used to evade detection by troops. Terrorists have Improvised means of casing IEDs in plastic containers with the development of troops' metal detection platforms. This is carefully constructed and buried. To detect plastic IEDs, the need for careful and rigid observations of tempered soil or potholes on tarred roads is highly required.

Other concepts are mostly booby traps either on abandoned items on strapped or animals. Recently, one of the IEDs was seen designed as a water keg. Any person that picks or touches such a risk to experience an IED explosion. Others are placed underneath and abandoned weapons to deliberately detonate when moved. Waterborne IEDs are usually made to float. Any strike by a ferrying water vessel ignites an explosion.

Lastly, it should be noted that the terrorists' means are either victim operated or command and control IEDs. The victim operation is triggered by stepping on the explosives while the command and control are by switches put on to detonate as soon as the object arrives. So there has to be someone close by watching to initiate its detonation at precise timing.

As troops advance continue to draw determined efforts to infiltrate terrorist bases; such IED concepts could be encountered. Understanding the various threat networks at the tactical to strategic levels is vital to success in current and future operations where battle lines are no longer linear.

It is expedient that these concepts are informed to units/formations across the theatre to engineering extreme vigilance in movements and avoidance of casualties. Most IEDs are coupled with electrical parts. As such, the authorities need to consider the purchase of Electro-Magnetic Pulse (EMP) equipment which could immobilize explosive environments. It is with this hope that frustrating troops' movements towards terrorist enclaves with doubt.

*Zagazola Makama is a Counter-Insurgency Expert and Security Analyst conversant with Lake Chad.