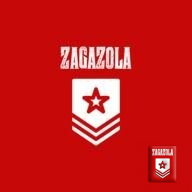 Another fierce battle between Abubakar Shekau-led Boko Haram and Islamic State West Africa Province (ISWAP) broke out and has led to the  death of scores  of their fighters, Zagazola has learnt.

The ISWAP also seized nine Motorcycles from the Boko Haram JAS in the aftermath of the bloody gunbattle.

Zagazola Makama, a top Security Analyst in the LakeChad reported  that the  latest confrontation  was in reprisal to the killing of Abou Sadiquo Burubouru, who was ambushed and killed by JAS  Mujahideens around Gabara/Galta Hideouts close to Mandara Mountains on Feb 26.

On Feb 9, A Heavy Fight ensued between the ISWAP terrorists and Bakura Buduma Faction at Toumboun BAZARKOWO Island in deep Lake Chad, forcing Bakura, to fled to Kanem axis with serious injuries after Many of his fighters were killed.

ISWAP also declared one Mohammed Ari, a Deadly Spiritual Warfare Commander of JAS Bakura Faction wanted  for spearheading most of the attacks against ISWAP.

Zagazola understand  that Ari, has a spiritual protection that prevent bullet or any other harm to come to his fighters during battle.

Ari has led many  attacks against ISWAP in the axis of Kaduna Ruwa, Tumbum Ali, Kirta, Sabon Tumbu, Kwatalo and Mardas General Area of the LCB.

Other Commanders who participated in the attack included the Khayd of the Buduma's  led by Malam Abdul Faruk,  an indigene of Chad Republic and his 2nd in Command one Malam Kaka Modou also a Buduma from Nguimi, Niger Republic.

Several infighting between the two factions of the insurgents has led to several loss of fighters on both sides since the death of Abubakar Shekau.

Bakura of Buduma, a self acclaimed leader of Boko Haram, operating around the axis of Niger, Chad, Cameroon and Nigeria, had refused to pay alliegance to ISIS backed ISWAP, forcing the two groups to be at logger head over the battle of supremacy.

This latest feud has triggered massive migration of Boko Haram JAS with their families to safe heavens within the shores of Cameroon while a significant  numbers of fighters caught in between the fight were forced to surrender and lay down their arms to Nigerian Military in Magumeri, Banki and Gwoza.

Intelligence reports also indicated massive infiltration of fighters who renounced their participation but did not surrendered to the Nigerian troops  in Damasak, Kukawa, Bama, Ngala, Banki and Gwoza local government areas.

Other insurgents sneaked out of Nigeria to take refuge in Niger Republic while others have migrated to join bandit in Zamfara and Sokoto states, North East Nigeria.